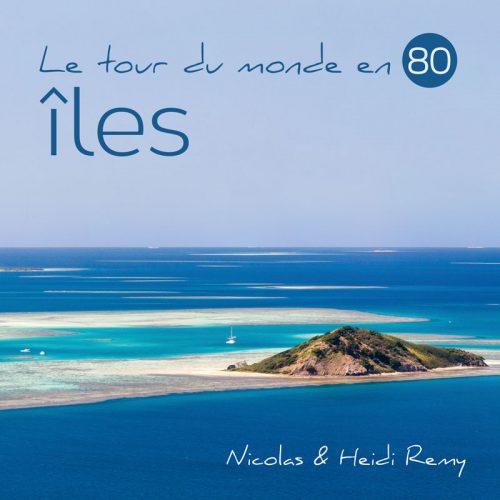 In this first collection of pictures, Heidi and Nicolas recall islands they visited with their sailboat during their around the world voyage spanning nine years. A selection of 80 islands, large and small, are presented in this coffee-table book, grouped by ocean and located on the map of their travels.

They bring us along from Northern Europe to Tierra del Fuego, then into the overwhelming Pacific Ocean and on to the Mascarene Archipelago. Their photographs depict the grandiose and the scenic which made some islands famous, but they also reveal some other more secret destinations. Aboard their cutter, Fleur de Sel, they transport us to the antipodes, or only a few days’ sail away, but always beyond the waves. At each glimpse, an island beckons and welcomes us, spawning both fascination and eagerness for discovery… 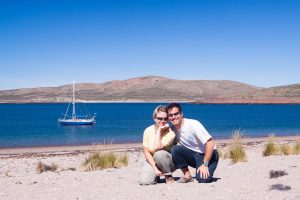 Heidi and Nicolas Remy cruised a distance of almost 120’000 km between 2008 and 2017. He has been sailing forever. She travels the world to acquire a better understanding of others.

Quite naturally, they embarked on this circumnavigation, a project they have related in more than 200 articles on their travelogue (in French). They now wish to share this journey with pictures.

Ready4Sea, the mobile app for your boat maintenance